The Leeds and Manchester offices of Reward Finance Group has pulled out all the stops to raise an amazing £25,500 for its two chosen charities, despite the pandemic causing all its fundraising events to be cancelled.

The money was presented to Huddersfield-based Forget Me Not Children’s Hospice, which provides invaluable help to hundreds of children and their families across West Yorkshire, and Chorley-based Lancashire Mind, which works passionately to help improve mental health and wellbeing across the region.

Having chosen to support the charities, the Reward team had to devise creative ways of raising the funds without events.

During lockdown the team donated the money they were saving by not having to commute, together with the cost of the usual takeaway coffees, lunchtime sandwiches, and parking charges.

The two offices then challenged each other to walk the distance of the boundary of their respective counties, which is 450 miles around Yorkshire and 417 miles for Lancashire, over a two-week period. However, instead of walking the counties, the Reward team and its supporters smashed the Boundaries Challenge by walking 4,500 miles, which is nearly twice around the whole of the UK, raising £4,800 collectively for both of Reward’s nominated charities.

The total amount raised for the two charities was then match funded by the company.

Read more about what this money means to these two charities 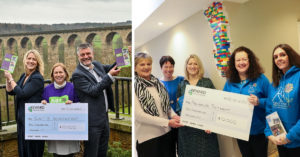 Reward Finance Group has presented £20,000 to two charities, either side of the Pennines, following 12 months of fundraising activities.

Harrogate-based Just ‘B’, which offers bereavement support, and Reuben’s Retreat in Glossop, which provides a sanctuary for families caring for life limiting disabilities and illnesses, as well as bereavement counselling, each received a donation of £10,000 each.

The money was raised by teams in Reward Finance Group’s Leeds and Manchester offices through a variety of events throughout the year. These included hosting a quiz night attended by over 200 people, running several golf events and holding their first darts tournament – all well attended and supported by their key industry contacts. They have also taken part in bake offs, sponsored runs and bike rides.

Through the generosity of clients, colleagues, professional contacts and friends, the team raised £9,937.55 for both charities, which was match funded by Reward to bring the total up to an amazing £20,000 which was shared equally between the two chosen charities.

Read more about what this money means to these two charities 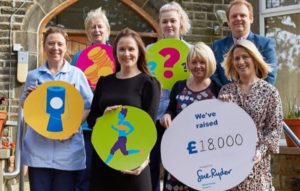 In 2018 we ran, baked, quizzed, entertained and dressed up to raise £18,000 for Sue Ryder Manorlands Hospice in Oxenhope.

We initially set an ambitious target of raising £5,000, yet we managed to smash this by raising £9,000, which was match funded by the company, resulting in the impressive final amount.

Whilst the Reward Team embarked on their sporting activities and hosted a number of events, many of you supported them along the way and we would like to take this opportunity to thank you for your generous donations.

Read more about what £18,000 means to Sue Ryder Manorlands Hospice

Walk with a Purpose

Reward Finance Group is proud to support Walk with a Purpose managed by the GraySwan Charitable Trust and the Stanford Community Recycling (SCORE), more commonly known as the Stanford Swop Shop.

Reward’s donation has been allocated to two charities in South Africa, one to purchase a container to operate a ‘Swop Shop’ from and the other to provide sanitary products to girls.

SCORE provides the Stanford (town in the Western Cape) community with an opportunity to access necessities that improve their living conditions. They initiated a ‘Swop Shop’ whereby the community collects recyclable materials and bring these to a central point, where every participant is rewarded for their efforts by receiving a number of tokens per weight of recyclables collected. These tokens are then ‘swopped’ at the ‘shop’ for items such a school stationary, toiletries, books and a small amount of second hand clothes and household goods.

They have used Reward’s donation to purchase a container to operate the ‘Swop Shop’ from, which has now been located at its permanent site.

A representative from the Community Project stated: “We now have an excellent site with access to the ‘Swop Shop’ via a new gate onto a lovely park next to the Community Hall, a children’s playpark and toilets with grass to sit on and shady trees for the adults nearby while they wait to go into the swop shop.

Doors have been cut into the container, interior painting and fitting of shelving will commence this week and our excitement is mounting at the prospect of unpacking the stock and having a Grand Opening as soon as we can.

We have had such amazing assistance from local retired handimen as well as experts who are not retired but fitting our needs into their busy schedules. This is becoming a real community project with a request to set up a ‘Decorate the Swop Shop containers’ as a Mandela Day project for Stanford!”

What a fabulous turn-out for Mandela Day events! The Swop Shop walls were painted, and the Willem Appel Dam was cleared of a huge amount of rubbish! Well done Stanford community volunteers for your time and enthusiasm.

Here is a breakdown of events that took place:

Monday 16 July – local children and volunteers started painting and decorating the Swop Shop containers. It was a fun-filled morning. The children were a little shy at first, but as more joined in the fun, the area around the Swop Shop was transformed into laughter, colour and creativity.

Local musician HA!Man donated his time to entertain and encourage the volunteers.

After finishing the painting, the children were taken into the local hall for some organised games run by volunteers 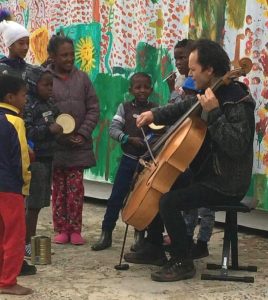 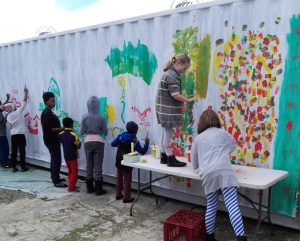 The children’s art was blended into wonderful creatures and landscapes by local artists who gave their time willingly to contribute to the project. 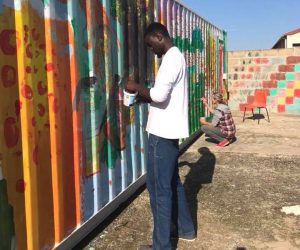 Wednesday 18 July – teams of volunteers painted the outside walls of the swop shop area and local school children and their teachers formed teams to clean the area around the Willem Appel Dam. This initiative was led by Sheraine van Wyk of Whale Coast Conservation. 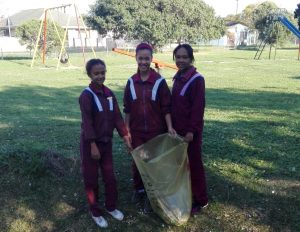 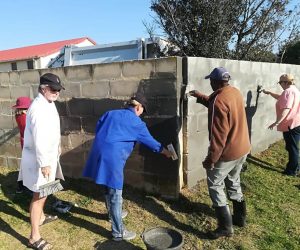 Comment by Sanette Upton – volunteer in charge of the children’s painting project:

“The time I spent with the children painting was such an eye opener. They were so eager and intense about making their mark on the wall. I could see that the activity lifted them out of their “whatever” circumstances for an hour of bliss. Some individuals found a simple thing like having to choose a colour an unsure thing to do. I also noticed how intriguing they found the mixing of colours. The stirring of the paint was watched by many onlookers as if magic was being performed. That day was Heaven on Earth.” 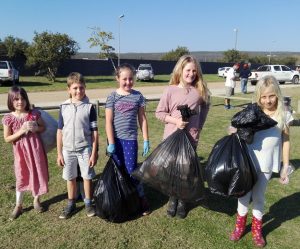 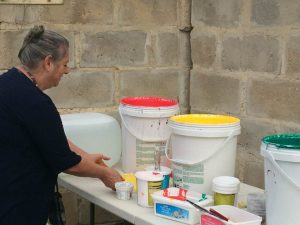 “While I was busy working a family come to my home and they were in tears, tears of joy and appreciation. I could not understand at that moment and thought that something bad was happening to them. But when the lady told her story I understand where the tears were coming from. In her bag she had a few clothes and other items she took from the swop shop when she exchanged her tickets. She showed me the toiletries and said that it’s been a difficult week for them and she was wondering how they would bath due to the fact that they didn’t have enough money to go and buy toiletries. But she was so glad that she could get soap, toothpaste and pads at your shop. Maybe a lot of them thank you when they come to the shop, but this lady was really happy to get what she wanted at the swap shop. It touched my heart just the way she expressed her happiness and I could see what an important role you play in this community.

So, I personally want to thank you (Elma) and the team of SCORE for the wonderful work you’ve done for our people on this side. Thanks for making some parents happy to get things at your shop. I will always treasure your goodness and what a difference you make in many people’s lives.

Keep up the good work, thank you so much.” 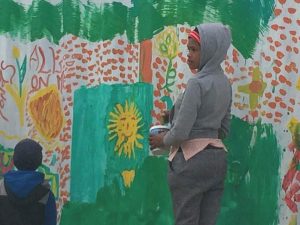 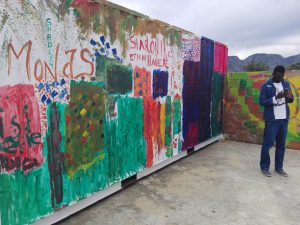 With the remainder of Reward’s donation, Walk with a Purpose selected 12 girls in Cloetesville and will distribute sanitary products to them on a monthly basis. Cloetesville is one of the poorest suburbs in the Western Cape where the average household income is below R8,000 (£460) per month. The girls, pictured, who received their first stock were absolutely ecstatic and extremely thankful. 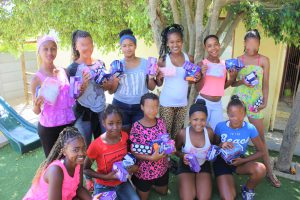 Take a look at their website for more information: Walk with a Purpose 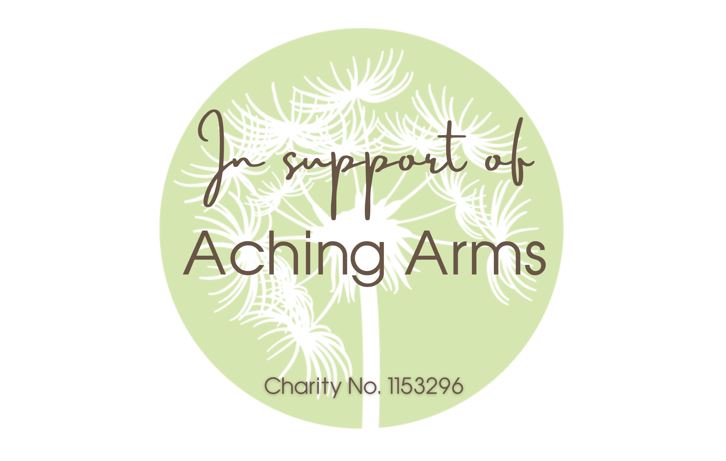 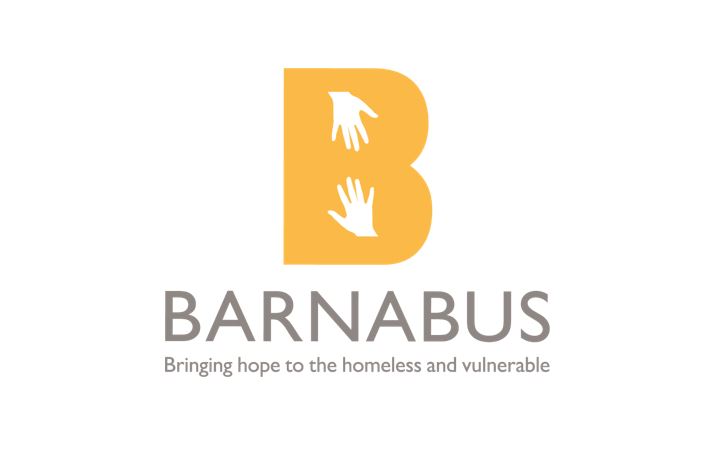 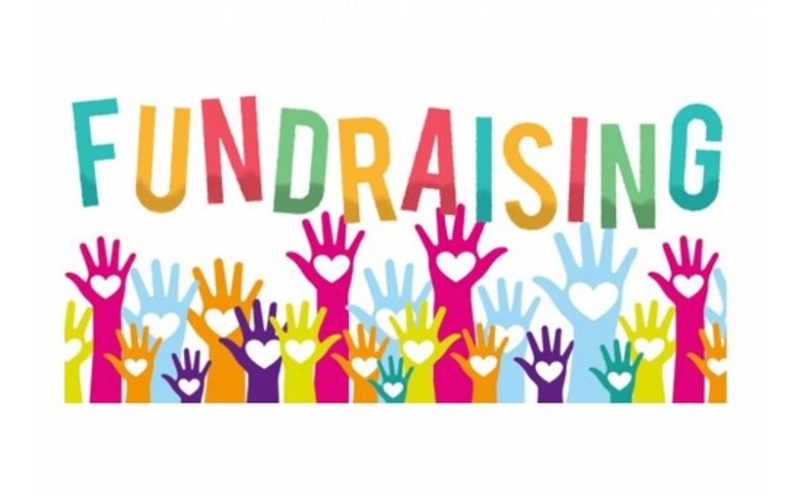