I was delighted to be invited to Leeds Beckett University recently as a mentor on their Women in Leadership programme, created to give female students an insight into the leadership skills that they will need in the future. Last week’s event was around networking, a skill that whilst daunting initially, can create endless opportunities and springboard your career.

So why do we continue to single out our female future leaders like this? Surely this is a skill that would be valuable to all?

Without stating the obvious, men and women are different. How you think about something can massively transform its effect on you and men and women do think differently. Throughout my career, I have met several highly successful and inspiring women and the common theme behind their success is their mindset.

When considering the impact being female can have on your career, there are three main schools of thought. The first is that gender is negative – being female makes it harder to succeed, you will have fewer opportunities and you will undoubtedly be paid less.

The second mindset is that gender is neutral – it has absolutely no bearing on career progression and leadership abilities, you will not be viewed any differently than male colleagues and succeed on your own merit.

The final mindset comes from a belief that being female is positive – you do not have to change your behaviours to comply in a male-dominated environment and, quite the opposite, your inherent female characteristics are an asset to any business.

However, we currently sit tenth in Europe for female representation on the boards of the largest companies and last month’s VC Female Founders Report showed that for every £1 of VC investment in the UK, all-female founder teams receive less than 1p while all-male founder teams get 89p. With stats like these, it’s easy to see why “gender is negative” remains the most common of all these mindsets.

Successful women though believe that gender is positive – being a female is different but also a benefit. I heard a great quote recently from Danny Kerr MBE, now head coach of Great Britain men’s hockey team after previously leading the women’s team to their first Olympic medal in 20 years in 2012 and to that thrilling penalty shoot out to win gold in Rio.

“I’m really conscious that it’s almost taboo to talk about it. But my experience is they are different” He explains that the principal disparity is that men will naturally group together in the face of adversity, whereas women will better tackle difficulty if they have previously formed strong alliances.

“Women bond to battle. With men it’s the other way round, they battle to bond. With female athletes, you have to work on a culture to develop battling skills. With men, they’ll often not come together unless you provide a shared hardship”

The modern workplace requires a blend of both – a competitiveness and determination to rise to the challenge but also an underlying culture that is inclusive, built on empathy and relationships. People need to feel uncomfortable enough that they stretch themselves but safe enough to fail. People need to strive for success themselves but also for the whole business.

We need to start celebrating these differences. Events like the recent International Women’s Day can be hugely inspirational and empowering but they can equally be overwhelming and fuel the rhetoric that it is hard for women to succeed. Equality isn’t about pretending that we are all the same… equality is about acknowledging our individual strengths, recognising that variety in business makes us stronger, embracing different perspectives and treating everyone equally, irrespective of gender.

With the UK Government calling out the financial services sector last year, saying “more needs to be done” to drive a better gender balance, I am immensely proud that when Reward’s latest recruits start next month, 44% of our business will be female and I see every day the benefit that this balance brings.

There is still a significant gap between men and women’s self-belief in the workplace and this is why events like the Women in Leadership programme, as well as promoting female role models like we do at Reward, are so important in showing the next generation what success can look like with the right mindset.

Finally, I just want to leave you with this thought… 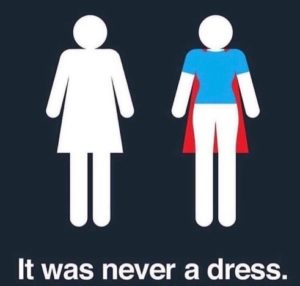